This page describes the opening steps for performing certified nursing assistant (CNA) or caregiver skills. These should be the first steps taken before moving on to the next part of any skill. Even though I will be focusing primarily on all of the points you should cover in order to pass the clinical skills portion of the CNA exam, these tips can be used in real world settings as well. Click here for the closing steps. 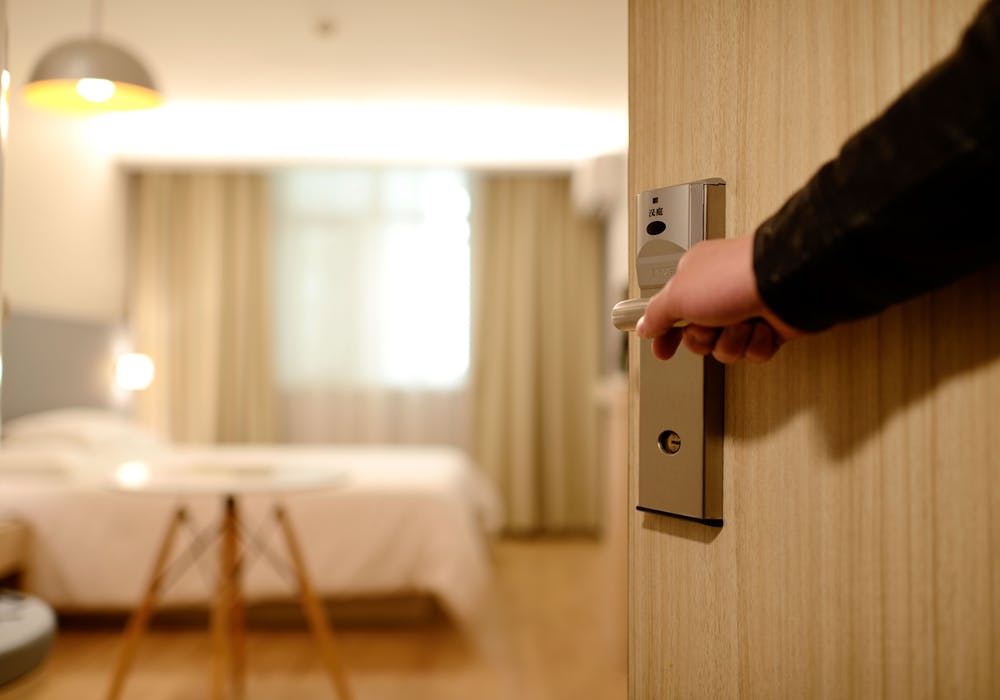 Knock on the Door

Knocking on the door before entering the room may seem silly at first, but it is important that your patient knows you are polite enough and respect them enough to ask permission before entering their room. Even if you are in a facility and that is just a temporary room for them, it should still be treated as if you were walking into their own home. For the time that they are staying there, it is their dwelling. Make sure you start your relationship with them in a respectful manner.

If it is nighttime and you aren't sure if the patient is sleeping, I would suggest being a little more subtle. I personally have to make rounds on my patients to make sure they are okay all throughout the night. I often will do a very light knock that would not wake them if they were sleeping and quietly peek in on them so they don't get disturbed.

If they do happen to be awake and they didn't hear me come in, I often just inform them that I didn't want to wake them up if they were asleep but I did want to check on them. They are almost always very understanding and don't mind the potential intrusion on their privacy.

This may seem obvious but I just want to clarify that if they don't have a door, that doesn't necessarily mean you can't knock before entering. You could just knock either on the wall or even verbalize you are entering the room with enough time for them to inform you if they aren't descent or need you to come back later. Simply saying something like, "knock knock, may I come in?" works just fine.

Next you should introduce yourself. Although this seems obvious, many people miss this step. When you get caught up in the motions and are just laser focused on doing the duties that are required of you on the job, you may forget that the person you are taking care of wants to know your name. Just because you look like someone who is there to care for them doesn't mean they don't have the right to know who you are.

Your first name is usually the one that is used. It gives off a more approachable vibe and makes you seem less intimidating. Using your last name seems too formal and may make the patient not feel as comfortable around you. They should not get the impression that you are above them. They should feel like you are there to cater to their needs.

You should let your patient know how you fit into the establishment they are in and possibly describe your title to them in more detail if they aren't already familiar with it. It's dangerous to assume everyone already knows what your title stands for and what it means you are capable of doing and the skills you have been trained for. They may not have a clue what it means.

I also suggest being mindful of abbreviations. I would even go as far to say not using them at all, especially when encountering a patient for the first time. You have no idea what terms they are familiar with. Even if you know they have been in this type of setting before or have worked in the medical field in the past, they may use different titles that mean similar things such as using PCT instead of CNA.

While working as a CNA for many years, which the hospital I work at actually uses the term patient care technician (PCT), I initially just told them the abbreviation of my title. After being asked multiple times what that title stood for, I eventually started spelling out the title instead of the abbreviation. After being asked what that title means, I learned to tell them my title by describing that I assist the nurse with various tasks.

Through trial and error, I eventually realized it was best to just lead with a basic description of my title rather than just the title by itself. This saves the patient from having to ask the question or worse, wondering who you are and being too afraid to ask. They should always have a clear understanding of how you fit in to the medical field ecosystem. 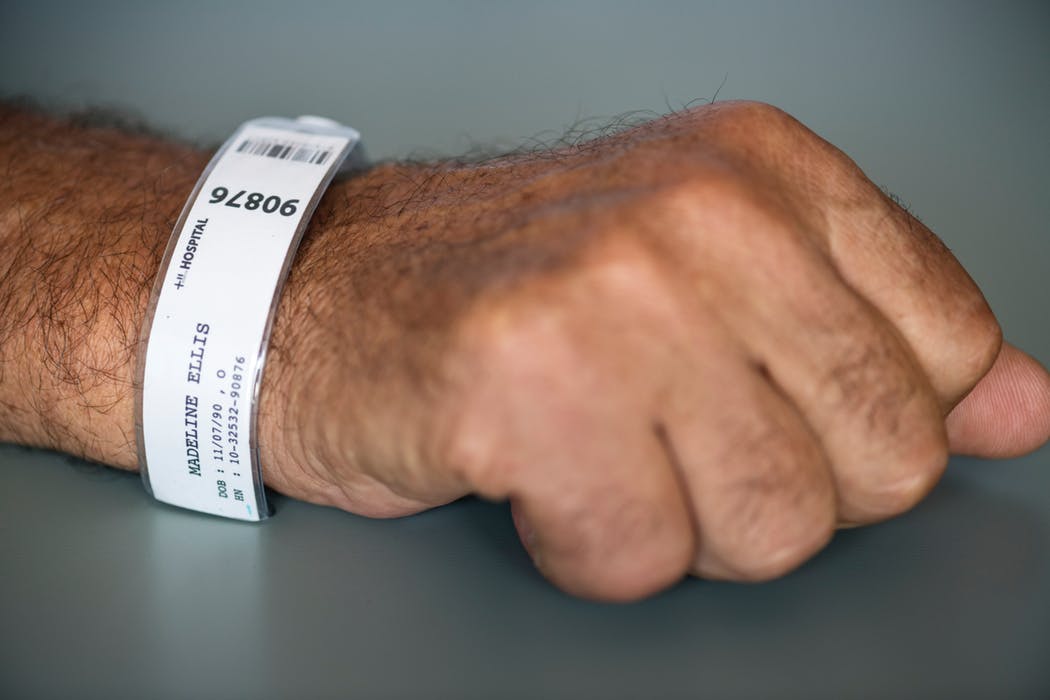 You should confirm that this is indeed the patient you intend to perform the skill on. You typically call them by a title of either mister or misses followed by their last name. Doing it this way shows respect. Your patient may prefer to be called by their first name or a nick name. After you confirm that is indeed what they want, then that is the way you should address them from then on. Just always start more formal and work your way down if it puts the patient more at ease.

Back when I was being certified as a CNA and even during nursing school, we had to identify the patient by observing their arm band and have them state their first and last name. The problem with this method is that depending on the environment, your patient may not even have an arm band. If they do, then there is nothing wrong with confirming their identity this way. But simply stating their name and their acknowledgement of that name is now considered efficient.

You should describe the skill you are about to perform. This seems simple enough but you also have to make sure they understand what it all entails. Just like your title, you shouldn't assume they already know what a specific skill is. Giving a brief description and asking them if they are familiar with it goes a long way.

If you just tell them, they may even say "okay, that's fine" but they really don't know what it is. They may be too embarrassed to admit they don't know what that means. Or they may just trust you which is good, but regardless, they also have the right to know what you are going to do before you do it.

Telling them to just trust you and let you do your job is not therapeutic. Even if they don't know every little detail, they should have a brief rundown of the task. It is often a good idea to describe what you are doing in greater detail as you are doing it. This also solves the issue of awkward silence while doing something potentially uncomfortable for them.

You also have to obtain their permission to perform the skill. Once they understand what you are about to do, you still have to find out if they are even okay with you doing it. You shouldn't lay your hands on someone without asking permission first. Otherwise, the patient may feel threatened or vulnerable.

There is a chance they will refuse. If they do, it is their right to do so. Healthcare workers do not have the right to force anything on any patient. They have rights just like everybody else even if what you are doing is for their own good. They are not your child or your prisoner, they are your patient.

Of course there are always exceptions like patients with dementia or ones who are baker acted who could potentially be a harm to themselves or others. But if they are in their right mind and are capable of making their own decisions, even if that decision is ultimately harmful to them, it is still their decision to make. You can educate them, but force is not an option. Close the privacy curtain if there is one in the room. This one may seem silly, but it is a good habit to get into. Many skills are personal and may even expose the patient. Something as simple as standing up or turning can expose their bottom especially if they are wearing a hospital gown. Even if they have the room all to themselves, someone may enter the room without permission or a passerby may look into the room through the hallway.

They will ultimately be more comfortable and more appreciative if you do this simple gesture. It shows that you care about their privacy and are willing to perform that extra step in order to make sure they are getting the proper privacy that they deserve. Just make it a habit. It only takes a second and your patient will appreciate it.

The only skill that is encouraged for the curtain to be left open is while feeding your patient. Whether they just need their tray delivered or need total assistance with eating, the curtain should be left open. Why you ask? Eating is typically viewed as a social experience. We often eat at a dinner table with our families or even around strangers in public restaurants. It often psychologically encourages people to eat more.

Performing hand hygiene should not be skipped for any reason. If you do everything else right but miss this step, you could actually physically harm your patient. Infection control should not be taken lightly and is more important than many healthcare workers give it credit for. Before you touch your patient or any supplies you need in order to do the skill, make sure your hands have been thoroughly cleaned.

Depending on the individual patient and the facility's policies, hand sanitizer may be a viable option. Just be aware that it isn't as effective as traditional soap and water. Some pathogens, such as c diff are actually immune to sanitizer alone. A good rule of thumb is to use water if your hands are visibly soiled.

Gather all of the supplies and equipment you need to perform the skill. It is important to save this for last. You shouldn't assume your patient will be compliant with the skill and just bring the supplies with you. They may not want the skill to be done. It can be considered rude to have everything ready to go before you even get permission.

If they do refuse and you have already brought items into the room and sat them down, they are considered contaminated. Now you have all of these supplies and you can't even use them. Single use items may even have to be thrown away or linens would have to be rewashed without ever being used which is just wasteful.

I personally do this with medications. Even if the patient has the medications prescribed to them for a specific time, they still could potentially refuse to take them. It's best to know they won't take them before I grab them. If I grab all of the meds and then find out they don't want to take them, I then have to return them. Returning them could cause suspicion that I am trying to manipulate the system and take them for myself.

From Opening Steps for CNA/Caregiver Skills to Home